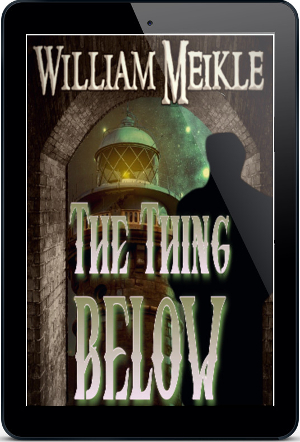 THE THING BELOW is new today for Kindle.

The mss has been extracted and collated from the letters of David Marr Henderson, Chief Engineer, Imperial Lighthouse Service, written while in the employ of the Chinese Imperial Maritime Customs Service, Shanghai, 1879.

Henderson has been tasked with building a remote island lighthouse in a politically sensitive spot.

Time is of the essence but something fights his every move.

I produced this as part of a general upgrade across my branding, website and social media presences and including new covers for the kindle books.

There’s a new page on the site for all my self-published stuff like this; creature features, ghost stories, weird westerns, occult detection, sword and sorcery and historical fantasy, there’s something for everybody HERE, mostly at 99c or free if you’re on Kindle Unlimited so head on over and see if anything takes your fancy.

Feel free to share this page around using the icons top right above the covers if you’d like to lend me a hand spreading the word.