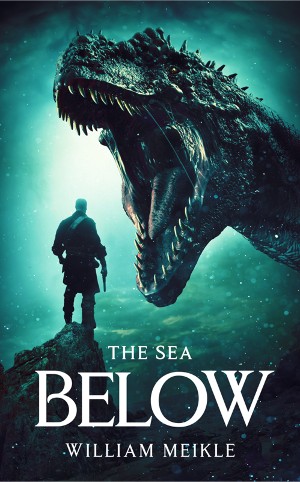 THE SEA BELOW, a sequel to THE LAND BELOW is new today for Kindle

A cavern lost in time, in ebook and paperback from Severed Press.

I’ve long been a sucker for Lost World stories, from Conan Doyle and Edgar Rice Burroughs in my early reading, through the movies in King Kong, the various Lost World adaptations, the Valley of the Gwangi and the Doug McClure romps of the ’70s all the way up to the new Skull Islands of the present.

I’ve written a few of my own now, in the weird western THE VALLEY, my modern THE LOST VALLEY in the Rockies and in several short stories.

THE SEA BELOW is a continuation of my British Victorian adventurer take on the concept, a sequel to THE LAND BELOW, so come with me with a group of treasure hunters, into a deep cave system in Austria, and another land that time forgot.

At first it is a rescue mission, but soon Danny, Stefan, Ed and Elsa find themselves in a fight for survival.

A perilous journey across an underground sea brings them to a lost island and fresh adventures, but their attempts to return to the surface only serve to make their situation worse.

Now they must flee for their lives, with all the denizens of that strange island at their heels.

One thought on “THE SEA BELOW is new today”