Those who know me know that I was once, almost, a scientist.

Even from an early age it was what I wanted to do. Actually, I wanted to be a spaceman ( the fastest man alive ), but when I started into the studying in the ’70s, I found myself drawn towards biology and chemistry more than to maths and physics. I’ve retained a life-long love of all things pertaining to outer space, but when it came to time to choose a path beyond school, I went with the Biological Sciences and graduated in Botany from Glasgow University, and even made a stab at some real science for a couple of years before I was caught in the IT trap in the early ’80s.

And there it ended.

Thirteen years ago, I escaped the world of corporate IT, came to Newfoundland, and science crept in again, this time in my writing. Scientists began to show up in the likes of THE CREEPING KELP, NIGHT OF THE WENDIGO, THE DUNFIELD TERROR, FUNGOID and my Professor Challenger pastiches and since then they’ve been getting even louder still.

That’s all preamble to the point of this post. I’ve put together a set of 4 chapbooks featuring weird science tales by me. In these you’ll find mad scientists, bad scientists, and mad, bad scientists. Three stories to each chapbook, and they’ll be along one after the other in coming weeks in ebook (99c), print chapbook ($3.99) and even free to read if you’re on Kindle Unlimited. 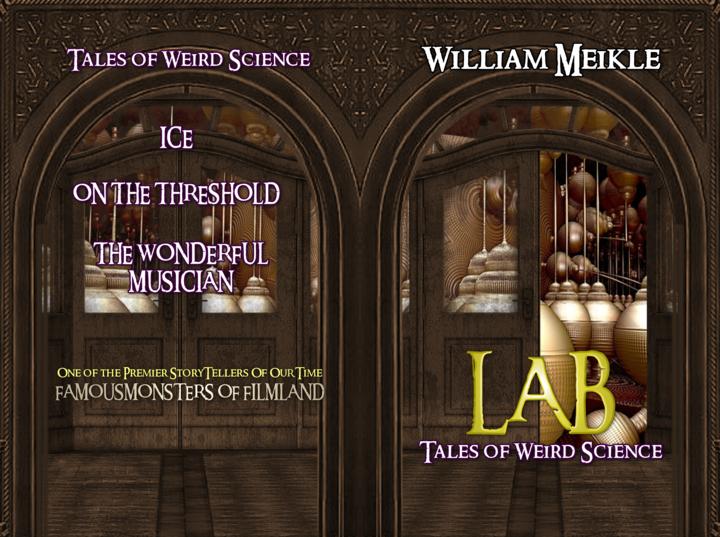 The first, LAB, is out now, and will be followed by BUILDERS, SPORE and NURSERY over the next 3 Tuesdays.

Get LAB here, and pick up the rest as they come along. (You can preorder them now on Amazon if you’re keen. 🙂 )

This is who I am.

This is what I do.