I’m definitely a classicist when it comes to vampires. Mine are mostly evil blood-sucking bastards with bad breath and little clothes sense. To them teenage girls are food, not objects of desire.

That said, I have sometimes strayed from the lone vamp as predator meme. In my Watchers series for instance, I have a whole army of kilted Highland vampires facing organised bands of slayers.

And in that same series I explored the idea of vampires being a product of an alchemical experiment gone wrong, one of the paths on the Great Journey that is not often taken.

But I rarely stray far. It’s the blood-urge, the need for food, that inspires me to write about vampires, and I can’t see that changing. Gothic lounging and moaning about your condition in life (or undeath) is all well and good, but it bores me to tears, both in fiction and on film, and I find myself shouting: Bite something for god’s sake!

The protagonist of Eldren: The Book of the Dark, Jim Kerr has no supernatural gifts, and he’s no hero, at least not at first. He’s a man who lost a family to vampires, and has been unhinged in the process. Normal people find him more frightening than any threat of a vampire, purely because he’s more visible: to them he’s a wide-eyed psychopath with a crossbow and pockets full of garlic.

Jim’s journey to personal redemption is one of the main themes of the book. To fulfill his goal, he may have to descend to the level of his quarry. The questions that poses, and how he handles them, provide much of the tension for the book’s climax.

I hope I never get accused of over-romanticizing the vampire myth. I work hard at keeping my books grounded in a harsh reality, where bad things happen to good people. Plus there’s the fact that Eldren takes place in a working-class town in the West of Scotland. It’s hard to over-romanticize people’s existence in a place where unemployment is rife and life is hard enough to start with without blood-sucking fiends getting in the way.

In fact, for some of the townspeople, vampirisation is a step up the social scale, allowing them free rein to some base urges that had been bubbling just beneath the surface.

ELDREN is out now in ebook and paperback

In my Watchers series I had a different problem. I was dealing with a retelling of the Bonnie Prince Charlie story, where romantic myths have already subsumed the harsh reality of a coup gone badly wrong. I needed to strip all the romance out of the Highlanders and build them up from the bottom. Making them a shambling army of vamps and mindless drones seemed an obvious place to start. The Watchers series is a swashbuckler, but there is little lace and finery. What I do have is blood and thunder, death and glory in big scale battles and small scale heartbreak. I love it.

I grew up with the sixties explosion of popular culture embracing the supernatural and the weird. Hammer horror movies got me young. And the one that hooked me was Dracula.

I first saw this in about 1970, on BBC2, on an old black and white TV which was about 10 inches square and made everybody look like short fat cubes. But even that didn’t detract from the power of this film.

This Hammer horror version sticks fairly closely to Stoker’s original novel, and as such is a purist’s dream.

Lee plays the Count as no one before or since. His flat demonic stare sems to ooze pure evil. The count has become a cultural icon in the past forty years, and has even been parodied and made fun of (Count Duckula anybody?) but I challenge anybody to look Lee in the eye when he’s on the hunt and not feel a frisson of cold terror.

Vampires have been humanised recently (and have even got a soul in Angel’s case), but it shouldn’t be forgotten that they are bloodsucking bas*ards – that’s what they are, that’s what they do. The high cheekbones, sex-appeal and good clothes sense are just nice-to-have after thoughts. And in Lee’s case you can believe that the bloodsucking is the important part, judging by the relish he shows for the deed.

And just because Buffy can stake a dozen or so without breaking sweat, it shouldn’t be forgotten that the vampire is traditionally a great evil force of destruction. Lee never lets you forget it. 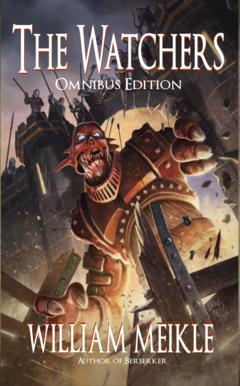 Which brings me round again to The Watchers trilogy, my retelling of the 1745 Jacobite Rebellion in Britain. Bonnie Prince Charlie, and all his highland army, are Vampires and are heading south to claim the British throne. The “Watchers” of the title are the guards of the old Roman wall built by Hadrian, now reinforced to keep the vamps out. It is constantly patrolled by officers of the Watch, two of whom become the main protagonists of the series.

I got the idea on a walk along what is left of the wall, and by the time I’d had finished my walk and had a few beers the first part of the trilogy was fully formed in my head. Think “ZULU” or “Last of the Mohicans” with vamps and you’ll get a feel of what I was trying to do.

Watchers is out in an paperbacks and ebooks. I’m especially fond of the new  omnibus edition

And to finish off my vampiric writings, there are two pretty nifty anthology appearances I’m proud of, in Best New Vampire Tales, and EVOLVE 2.

I suspect I’m not finished with Mr. Fangy just yet…

3 thoughts on “Vampires and me” 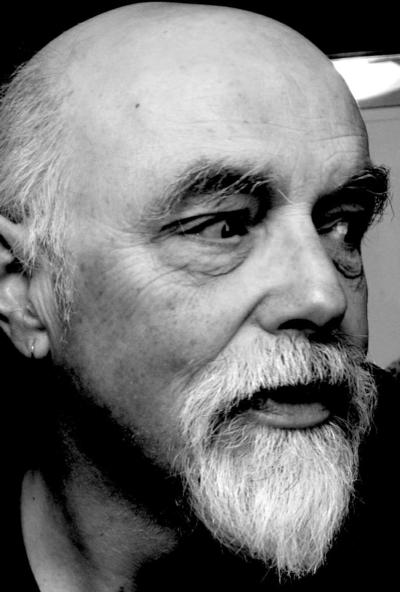